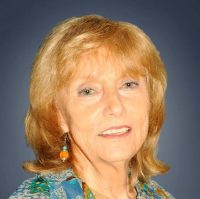 Songwriter, Joan Randall, founder and president of Composers Unlimited, Inc.™, finds the inspiration for her poetry and music in everyday observances and life experiences. Joan’s passion for music, combined with her extensive business experience, enabled her to create Composers Unlimited, Inc.™ with the ultimate goal of giving talented artists the opportunity to be discovered in today’s music world. 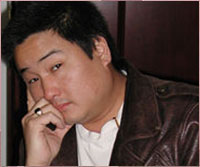 Producer/songwriter, Robert “Bob” Yen, Jr., is the owner and operator of the Musicians Development Institute/MDI Productions (MDI) in Plymouth, MA. In addition to his many other talents, Bob has the unique ability of painting a musical picture from a songwriting idea. Bob’s musical career began at a very early age and has expanded from performing and songwriting to music production, engineering, and running a world-class album production facility. 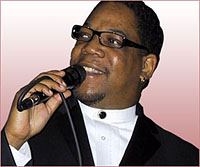 James, “Chip” Allen, Jr., lead vocalist and band leader, started his musical career in his teens as a vocalist in various singing groups and in church. He studied piano and organ for a few years privately. At the age of seventeen, he attended The Berklee College of Music in Boston, majoring in piano performance and arranging and composition. After Berklee, he perfected his craft by playing gigs in local Boston bands. In the late seventies, Chip formed “The Midnight Stars.” “The Midnight Stars” became a very successful touring band, performing countless engagements throughout the U.S., Europe, and Canada over several years. The group changed it’s name to “Skyline” in the late eighties and shared concert stages with The Pointer Sisters, George Clinton and the P Funk All stars, The Village People, and Peabo Bryson, just to name a few.

In the early nineties, Chip was hired by “Next Plateau Records” and “Famous Artist Agency” in N.Y. as the musical director for international recording artist “Sybil”. His band (Skyline) performed the “Don’t Make Me Over” tour with Sybil throughout Europe and the States. Chip served as musical director, keyboardist, vocalist, and choreographer for the tour. “Sybil” had a string of hits in the nineties. – “Don’t Make Me Over” – “Guaranteed Love” – “Walk On By” – “Loves Calling” – and – “Crazy For You”, a song that also featured rap pioneer’s and label mate’s “Salt and Pepper”.

During the Sybil tour, Chip became more involved with the recording and production side of the business and evolved into a music producer / songwriter / engineer. He built his project recording studio, “Dream Suite” in the early nineties and worked on productions with Kevin Antoons (Musical Director for ‘N Sync and Britney Spears) and several other local artists. Chip has composed songs for ESPN, commercials for JAMMIN 94.5, and Dunkin Donuts. He has, also, trained numerous vocalists around the area over the past ten years.

Liz Solomon: "i dream of you" 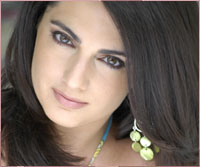 Songwriter and vocalist Liz Solomon has been a popular entertainer in Southeastern MA. Liz is a highly recommended performer known for her gorgeous vocals, engaging personal style and professional demeanor. Liz’s debut album “Imaginary Girl”, is a collection of 12 adult-contemporary songs co-written with songwriter/producer Bob Yen at the Musicians Development Institute in Plymouth, MA. The songs on “Imaginary Girl” provide an insider’s personal view of domestic abuse. Liz is proud to be a part of the NCADV’s Voices Against Violence campaign and will use her music as a platform to further public education about domestic abuse.

Born and raised in Plymouth, Massachusetts, Elizabeth Alves realized at a young age that singing was her joy. She would sing around the house, in the car and for anyone who wanted to listen.

While still in grade school, Elizabeth was given lead singing roles and performed for hundreds of people when she joined the historic Priscilla Beach Theatre. (The country’s oldest summer-stock playhouse, known for the famous stars who have performed there in their early days including Paul Newman, Jean Seberg, Rob Reiner, and countless others.)

After graduating with an Associate’s Degree as a paralegal from Fisher College, Elizabeth joined her first band and has not stopped singing since. She has performed with some of Boston’s hottest bands including Night Shift, Legit, Match, Soho, After Dark, and many more. Elizabeth has also lent her voice to many songwriters looking for someone with her talents to sing their songs and has done numerous jingles and radio commercials.

In 2008, Elizabeth won Cape Cod Idol in Hyannis, Massachusetts and continues to prove herself as a truly talented diva.

Tim Colleran: "Light A Candle In The Wind" 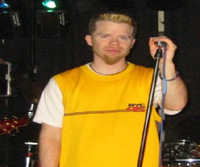 Tim Colleran graduated from the University of Massachusetts at Lowell with a Bachelor’s Degree in music performance/classical guitar. For the past 13 years, Tim has been the lead vocalist for the successful Cape Cod rock band Glasstown. Glasstown has performed throughout Massachusetts, Rhode Island, and New Hampshire and is currently playing clubs across southeastern Massachusetts.

Tim has studied all styles of music from Renaissance, Classical, and Jazz to spiritual, pop, and theater. He was a tenor in the Cape Cod Community College chorus and chamber choir where he participated in the performances of Westside Story, a Renaissance Christmas play and a Holocaust remembrance concert. Tim also spent a summer with the Cape Cod Academy of Performing Arts in their production of “A Little Night Music” at the Orleans Playhouse.

Tim has been quoted as saying, “My most memorable performance was singing “Light a Candle in the Wind” with a children’s choir on the steps of the Capitol building in Washington DC. It was a very moving and inspirational moment and one that I will never forget.”

Composers Unlimited, Inc. was very fortunate to share the event with Tim. Tim’s grand performance created an emotional experience that will long be remembered by all who attended the event. 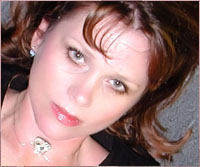 Cheryl DeVaux is a singer/songwriter from Cape Cod, Massachusetts and music has always been a part of her life. Cheryl’s widely diverse vocal performances range from performing as a church soloist and singing in church choirs in North Falmouth and Canton to performing at the House of Blues in Las Vegas.

Cheryl has performed at numerous open mics at The Cape Boulevard in Bourne and McGann’s Pub in East Falmouth with Tim and Greg Simpson. Performing in local venues such as the Cape Cod Arts Festival in Falmouth and the Toys for Tots Telethon in Marshfield is one of Cheryl’s specialties. Cheryl’s outstanding vocals are always a crowd pleaser.

Cheryl studied guitar and songwriting with Kevin Murphy and voice with Chip Allen, both of the Musicians Development Institute. She has also studied voice with Debra Perry of The Vocal Development Studio.

In addition to her featured performances for Composers Unlimited, Inc., Cheryl performed guitar and vocals on “Love is the Answer”, a song produced by Bob Yen, Jr., and has also performed background vocals on various CD’s, including that of Bill East. Cheryl pours her heart and soul into her music, which is evident in her CD, “That’s How It Works For Me,” co-written and produced with Bob Yen Jr.

Bob Yen, Jr. is a producer, engineer, multi-instrumentalist (Guitar, Bass, Keyboards, Brass and Woodwinds) songwriter, and so much more. Highly respected in the industry and by his associates, Bob is the driving force behind the success of Musicians Development Institute/MDI Productions (MDI). Sharing his extensive knowledge of the music business, gleaned from engineering and producing bands all over the country since 1980, Bob’s passion is his dedication to his staff at MDI and to his production clients.

While Bob is familiar with all current computer based digital recording formats, he remains an avid supporter of the “old school” analog sound and recording process and continues to lead the way in his current on-going projects with his innovation and devotion. 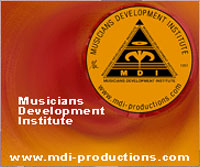 Owned and operated by Bob Yen, Jr., Musicians Development Institute/MDI Productions (MDI) is a world class album production facility, music education and artist development center located in Plymouth, Massachusetts. At the forefront of change in a rapidly – and radically – changing industry, MDI’s mission is to empower musicians and artists by giving them all the ingredients necessary to compete and survive in today’s music industry.

Infehnite Design is a graphics company based south of Boston that specializes in cutting edge computer graphics, as well as traditional art mediums. For over six years they have been merging their love of art and technology to create distinctive designs and eye catching graphics to compliment all of their client’s artistic needs.

The Infehnite Design team has worked hand in hand with Composers Unlimited, Inc. to put a “face” to the music. As each song has its own sound, so each card has its own art style. From soft and flowing to upbeat and bright, the artwork and partnered music evoke different feelings for the person experiencing them.

Page Alles, Consultant, for her excellent song description text and website editing work; the design group at Creative Network Innovations, for their expertise and assistance on the ComposersUnlimited.com website development project; and the many others who, generously, provided information, feedback, and much more in the development of ComposersUnlimited.com. Composers Unlimited, Inc.™ is very grateful to all of you for your assistance and support.
Thank you!
– Joan Randall, President
Composers Unlimited, Inc.™

Listen to Our Songs

Another Day in City Square